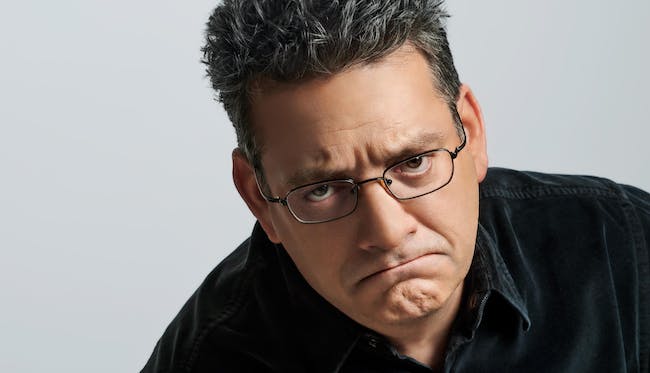 Andy Kindler currently recurs on Fox’s hit animation, Bob’s Burgers and Comedy Central’s long-running Tosh.O. He is also a regular on the critically-praised Canadian web series, But I’m Chris Jericho (for which he was nominated as Best Supporting Actor by L.A. Webfest 2018). Andy was the host of Season 4 and 5 of Hulu’s standup series, Coming to the Stage as well as a series judge on the seventh season of NBC’s Last Comic Standing, the star of two half-hour Comedy Central Presents specials and was a frequent guest and correspondent on The Late Show with David Letterman with over 40 appearances. He has previously recurred on Everybody Loves Raymond, Showtime’s I’m Dying Up Here, Disney’s Wizards of Waverly Place, IFC’s Maron and Comedy Central’s The Daily Show. Other noteworthy credits include Portlandia, the HBO Young Comedians Special, Dr. Katz: Professional Therapist, Home Movies and The Larry Sanders Show. Every year Andy delivers his infamous State of the Industry Address each year at the Just for Laughs Festival in Montreal.