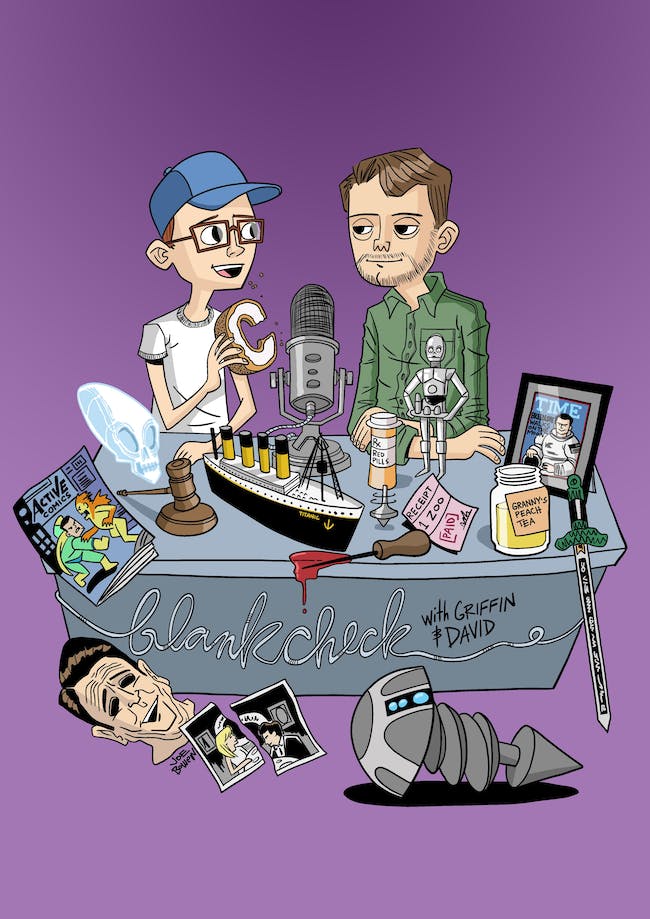 iCal
Google
Please note this event has been rescheduled from March 23rd, 2020 to March 23, 2021. All Tickets will be honored for the rescheduled date.

Griffin Newman is a comedian. David Sims is a critic. On March 23rd, 2015 they teamed up with Producer Ben Hosley to launch a podcast about filmographies; Directors who have massive success early on in their career and are given a series of “blank checks” to make whatever crazy passion project they want. Sometimes those checks clear, and sometimes they bounce baby!

Join the boys and co-producer Angela Ferraguto as they celebrate their five year anniversary with a special surprise show! Don’t know what to say or to expect, all you need to know is that the name of the show is BLANK CHECK.