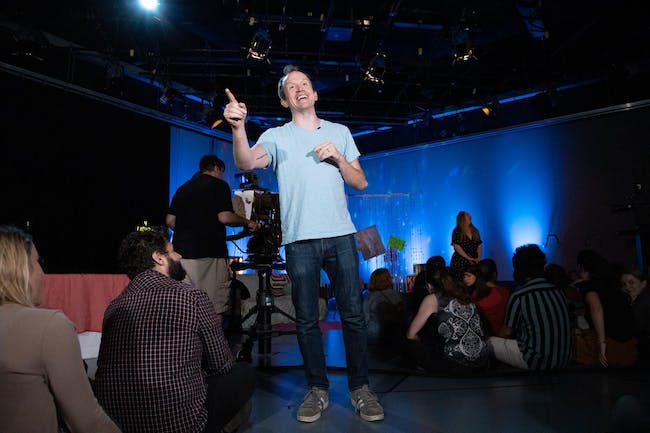 Chris Gethard (HBO’s Career Suicide, Beautiful/Anonymous, The Chris Gethard Show) started doing comedy in New York City when just before his 20th birthday. Next year he turns 40. That means he’s spent half his life doing this. HALF HIS LIFE

Chris is hitting the road to mark this momentous/depressing achievement, and he’s bringing a film crew along with him to document it. Some of these shows will be stand up. Some will be live tapings of Beautiful/Anonymous. Some will take place at DIY punk venues, others at festivals. Some at traditional comedy clubs, others in fancy theaters.

From Chris’s most honed stand up bits to the most chaotic and random phone calls we can find, this tour will aim to hit every extreme of the various types material Gethard creates, in the wide range of venues he hits up all over the country.

Buy a ticket, come see a show, have a good time, and most of all, TALK TO US ON CAMERA. Let us know why you like comedy. Let us know why Chris’s work hits you in the gut. We’ll be releasing a “special” in the future that follows this tour, but the special will be defined by you and what you have to say.