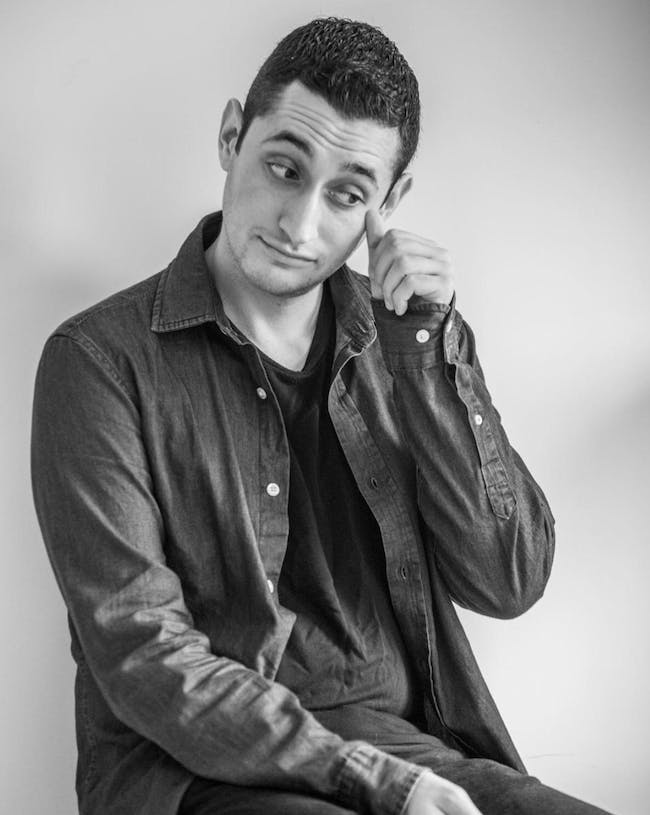 DAN PERLMAN is a stand-up comedian and writer from New York City. Dan was a 2018 “New Face” in stand-up at the prestigious Montreal Just for Laughs Festival and has headlined Caroline’s on Broadway. Dan created and wrote an animated series, That’s My Bus!, which received a pilot order from FOX. Dan has appeared on TruTV, MTV2, and as a cast member on MTV’s Vidiots. As a writer-filmmaker, he has had four projects featured in the New York Television Festival, most recently the award-winning comedy series, Flatbush Misdemeanors, in which he co-stars and co-writes/directs. On radio, Dan was a writer for SiriusXM’s Bennington and Comedy Contributor for Neil deGrasse Tyson’s StarTalk Radio. Dan wrote for the 2017 WGA Awards, hosted by Lewis Black, and the 2018 WGA Awards, hosted by Amber Ruffin. As a stand-up, Dan’s festival credits include The New York Comedy Festival, SF Sketchfest, Boston Comedy Fest, Limestone Comedy Fest, and the Finger Lakes Comedy Competition (2015, 1st place).