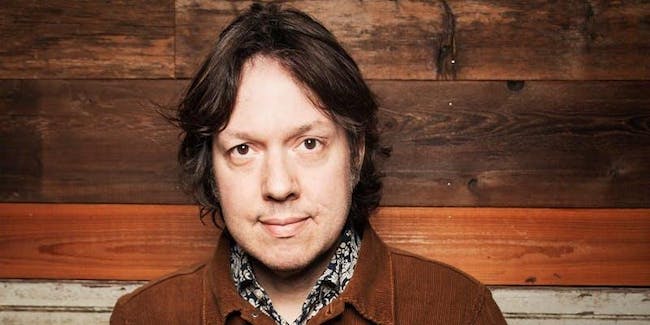 Comedian, musician, author, and alluringly-scented man-about-town Dave Hill will be recording his second live stand-up comedy album for one magical night at Union Hall on Thursday, September 12. Dave will talk, move around, and rip a few guitar solos for up to but no longer than an hour straight while being backed by a live band he will berate as needed. It is going to be so great and a lot of people will probably have sex after (not with Dave, but, you know, just in general). Dave will be joined on this night by the excellent comedian and his close personal friend Clare O’Kane.

Dave Hill is a comedian, writer, actor, and musician originally from Cleveland but now living in New York City. He has appeared on Unbreakable Kimmy Schmidt, Inside Amy Schumer, @midnight, Full Frontal with Samantha Bee, The Tick and The Jim Gaffigan Show among other programs, and stars in the upcoming film Boy Band. Dave has starred in his own TV series, The King of Miami, on the MOJO Network, which was cancelled even though Dave really liked it.

Dave is a regular contributor to public radio’s This American Life and Live from Here with Chris Thile (formerly Prairie Home Companion) and also hosted his own radio show, The Goddamn Dave Hill Show, on WFMU in Jersey City, New Jersey for five years. Dave performs live comedy in theaters, prisons, and basements all over the world and even opened for Snoop Dogg once, which was awesome.

Dave also plays guitar and sings in his own rock band, Valley Lodge, whose song “Go” is the theme song for HBO’s Last Week Tonight with John Oliver in addition to fronting Painted Doll with death metal legend Chris Reifert (Autopsy, Death). He is also the founding member of Witch Taint, most extremely extreme Norwegian Black Metal band from Gary, Indiana ever probably (go to www.theblackmetaldialogues.com for more info).

Dave has written for The New York Times, The Paris Review, Salon, GQ, McSweeney’s, The New York Observer, The Cleveland Plain Dealer, and Guitar World, among other publications, and is author of three books, Dave Hill Doesn’t Live Here Anymore (2016 Blue Rider Press, Tasteful Nudes:...and Other Misguided Attempts at Personal Growth and Validation (2012 St. Martin’s Press), and Parking the Moose, which will be published in fall 2019 by Penguin Random House. He also smells really great and has made out with a lot of chicks and you can ask anyone.

Clare O’Kane is an actor, comedian and writer from San Jose, California. She has performed in the Edinburgh Fringe Festival, Bridgetown Comedy Festival, San Francisco Sketchfest, Outside Lands and many other festivals around the country. She has also opened for the band Jawbreaker on their most recent reunion tour. She has been described as “sarcastic” and “half-Asian”. Clare has written for Spongebob Squarepants, appeared on Viceland, and is one-third of the sketch group Blessed. They have made a couple of very funny videos, none of which have gone viral. Clare is frequently cast in short films and is usually paid in hummus.

When she’s not sneezing, Clare travels around the country to perform stand-up comedy and “seize the day or whatever." She currently lives in Brooklyn, NY.