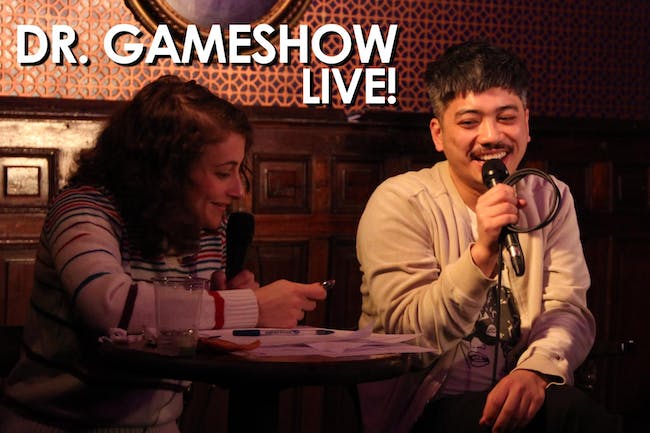 Presented by the Brooklyn Podcast Festival

Jo Firestone is a Brooklyn-based comedian whose work can be seen on The Tonight Show Starring Jimmy Fallon, Joe Pera Talks With You, The Chris Gethard Show, and heard on MaxFun, Earwolf, and WFMU. Her half hour special aired on Comedy Central in 2016, and her album, "The Hits" is available now on Comedy Central Records. If you like puns, check out her game, Punderdome: A Card Game for Pun Lovers.

Manolo Moreno is a Pennsylvania-born Filipino American comedian/animator/writer who has performed at places like Gotham Comedy Club, Union Hall, Littlefield, Triple Crown, and DaF Festival; and has had work featured in places like Vulture, Abrams, IFC, Comedy Central, New York Television Festival, Red Hot Video Funtime, and Sundance Film Festival; and was written up in Karate Magazine's 2016 "A List Of 5 Comedians I Know Personally."