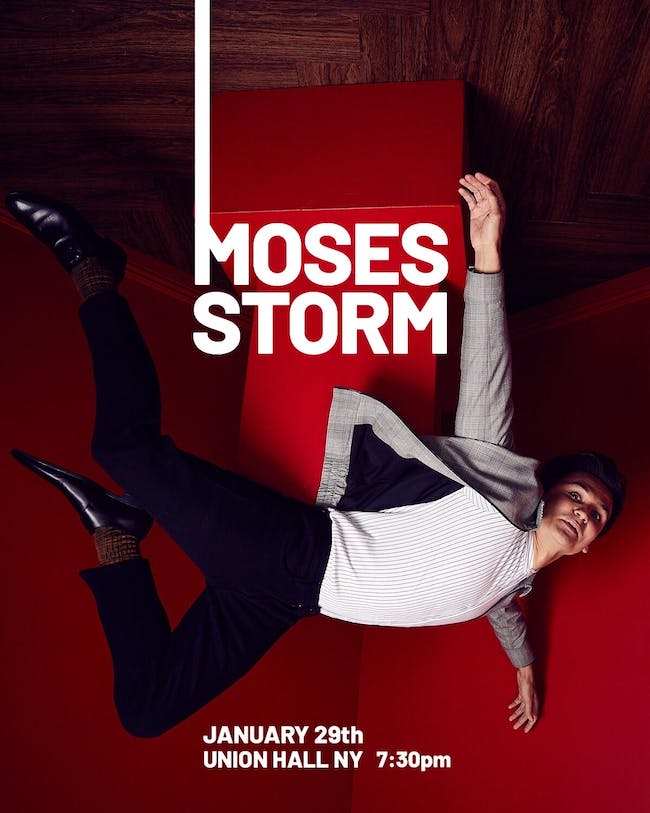 Moses Storm is a talented comedian and actor who can be seen on the upcoming NBC comedy SUNNYSIDE, from Mike Schur and Kal Penn. On television, you may have seen him in I’M DYING UP HERE on Showtime, ARRESTED DEVELOPMENT for Netflix and THIS IS US on NBC. Film credits include the 2015 high-concept Universal horror film UNFRIENDED, and the Adam Sandler Netflix film FATHER OF THE YEAR. In late night, he has appeared twice as a performer on CONAN, including one visit where he was both the performer and only guest for the evening. He hosts Conan O'Brien's live variety show 'Team Coco’s Up & Up' at the Dynasty Typewriter Theater in LA and joined Conan for his first multi city live tour in 8 years in late 2018 titled the “Team Coco Presents Conan & Friends: An Evening of Stand-Up and Investment Tips.” In 2015, he had the prestigious honor of being chosen as a “New Face” at the Just for Laughs comedy festival in Montreal.