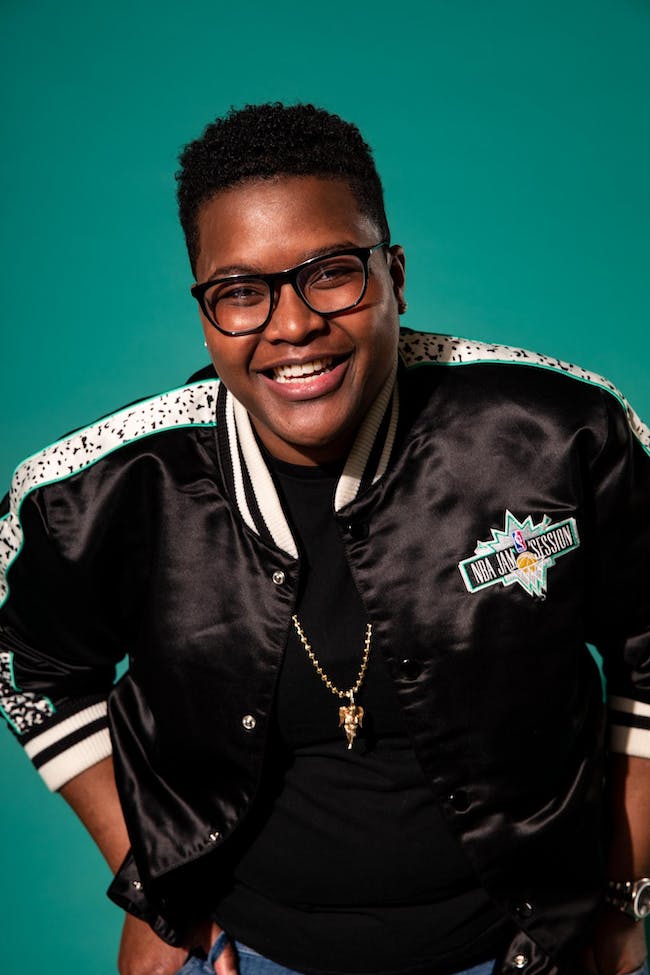 Originally from Boston, SAM JAY was a standout of the 2017 Just for Laughs Montreal and currently she is a writer on Saturday Night Live. In 2017 she was host of Ricking Morty, the Rick and Morty post-show on Adult Swim. She recently made her late-night television debut on ABC's Late Night with Jimmy Kimmel. Her half hour stand-up special premiered fall 2017 on Comedy Central. Sam was named to the Comedy Central Comics to Watch list in 2015, and has since performed at the New York Comedy Festival, Just For Laughs, the Melbourne International Comedy Festival, Portland's Bridgetown Festival, The Laugh Your Asheville Off Comedy Festival and Boston's Women in Comedy Festival. Her standup album Donna’s Daughter was listed as #2 in Vulture’s Top 10 Albums of the Year as “one of the most fascinating listens of 2018.” Her credits also include Comedy Central’s Broad City, White Flight, The Meltdown with Jonah & Kumail, MTV’s Safeword, and Viceland’s Party Legends.